Skip to content
I’ve been thinking more about “success”. In almost every way you care to measure it, North Nibley is a successful school, enabling children to make significantly better progress in their learning than expected, whatever each child’s starting point. Yet ‘accademic’ success is not the only route to a satisfying and purposeful life. For many the assumption is that accademic success will lead to greater opportunity, greater employability, greater accumulation of posessions/wealth/power/influence, and further ‘success’. Yet not all individuals strive for that. I am reminder of this quote by Thomas Merton;

“People may spend their whole lives climbing the ladder of success only to find, once they reach the top, that the ladder is leaning against the wrong wall”

Asking at school what ‘success’ means for a child I received these answers from Class 4…
“Success is what you feel for yourself”   “Is it success if there’s no level of challenge or hard work?”   “If you feel successful, then you are!”   “You have a feeling of pride.” “Success is where you exceed your expectations.”  “What matters what you think, not what other people think.”   “You are successful if you achieve your personal best.”

How do you define a successful day?

How do you measure success in your life?

I was nearly moved to tears last week when one child, having taken part in a discussion on what makes a better life, decided in all sincerity that in the future she would give time to working in a soup kitchen.

Now this may, or may not, come to pass. But for now this child has a direction and she is convinced that her efforts will make a difference.

Imagine that – a compassionate life of purpose, making a positive difference. Sounds like a definition of success to me!

If you want to read more, below is a famous story.

The businessman was at the pier of a small coastal Mexican village when a small
boat with just  one fisherman docked. Inside the small boat were several large
yellowfin tuna.  The businessman complimented the Mexican on the quality of his
fish and asked  how long it took to catch them. The Mexican replied only a
little while.

The businessman then asked why he didn’t stay out longer and catch  more fish?
The Mexican said he had enough to support his family’s
immediate  needs. The businessman then asked, but what do you do with the rest
of your  time? The Mexican fisherman said, “I sleep late, fish a little, play
with my  children, take a siesta with my wife, Maria, stroll into the village
each  evening where I sip wine and play guitar with my amigos; I have a full and
busy  life, señor.”

The  businessman scoffed, “I am a Harvard MBA and I could help you. You should spend
more time fishing and with the proceeds buy a bigger boat. With the proceeds
from the bigger boat you could buy several boats; eventually you would have a
fleet of fishing boats. Instead of selling your catch to a middleman, you would
sell directly to the processor and eventually open your own cannery. You would
control the product, processing and distribution. You would need to leave this
small coastal fishing village and move to Mexico City, then LA and eventually
New York City where you would run your expanding enterprise.”

The Mexican  fisherman asked, “But señor, how long will this all take?” To which the
businessman replied, “15-20 years.” “But what then, señor?” The businessman
laughed and said, “That’s the best part! When the time is right you would
announce an IPO and sell your company stock to the public and become very rich.
You would make millions.” “Millions, señor? Then what?” The businessman said,
“Then you would retire. Move to a small coastal fishing village where you would
sleep late, fish a little, play with your kids, take a siesta with your wife,
stroll to the village in the evenings where you could sip wine and play your
guitar with your amigos.”

The fisherman, still smiling, looked up and said, “Isn’t that what I’m doing right now?” 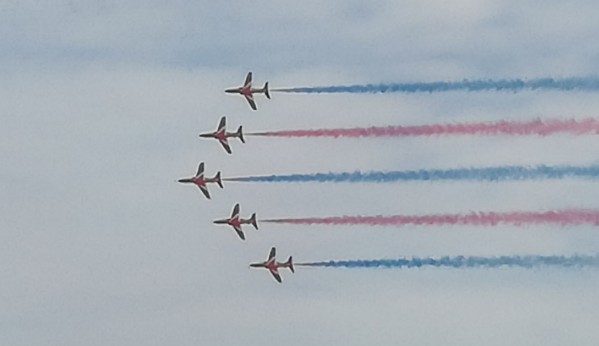 ICT plays a major part in all our lives, and a big part of our role in school is to prepare children for the future. More than ever before, that future is unpredictable because change is happening so fast. Just think how rapidly we’ve moved from mobile phones to tablet PCs! So this week I… 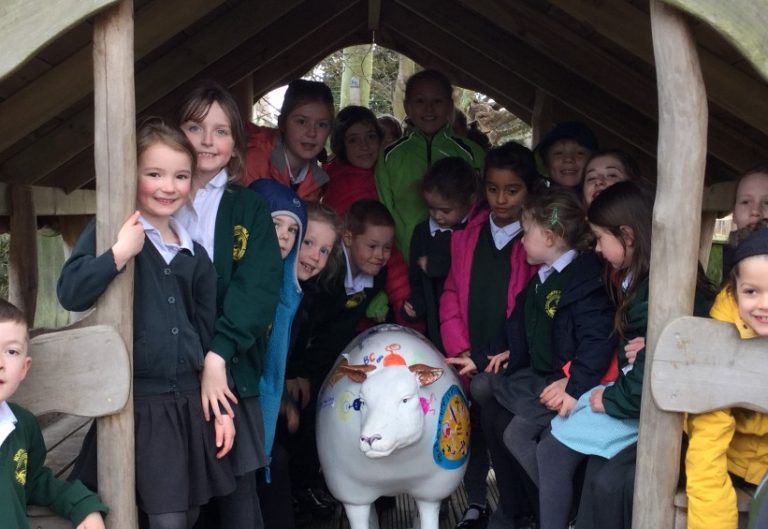 North Nibley C of E School joined in with the ‘Good Shepherd’ project, hosting a visit from the sheep we named ‘Nibbley’ in the third week of March, 2019. A diary, with photos and quotes, is attached below, for you to share her adventures and find out more about how our values are lived out…