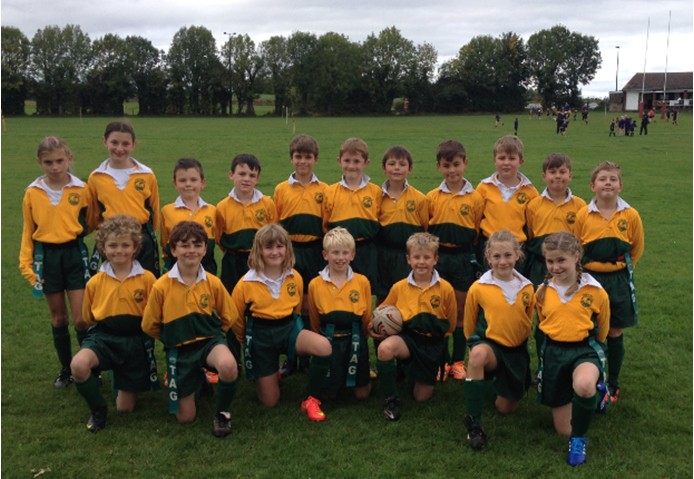 Amelie said “North Nibley pupils split into two different rugby teams.” Each team in the tournament (and there were 14 teams all together) represented a country in the Rugby World Cup. “Our teams were USA and Scotland.” Freddie said USA came 8th overall, whilst North Nibley’s ‘Scotland’ came first in their group and then went into the final against ‘France’ (Cam Everlands Primary). Mark remembers that he played in the forward position and scored a lot of tries. Oliver also scored a lot of tries and a favourite moment was when he scored the last try of the match taking his team to victory. “In the final we were cheering and George scored the only try of the match.” This meant North Nibley pupils were the “District Champions” of 2015. Fantastic work everyone! 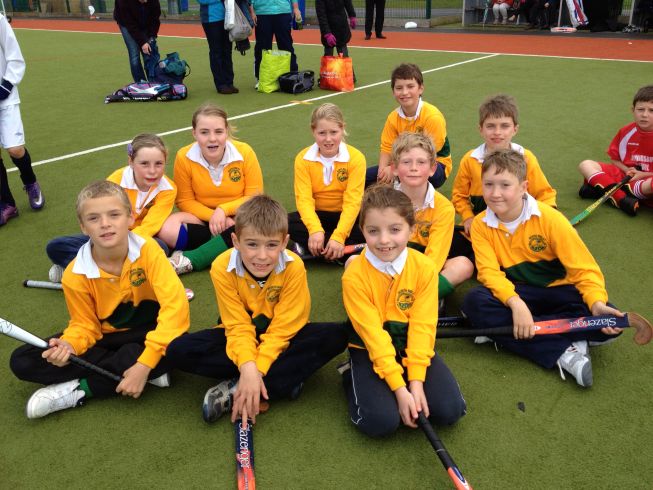 We had a fantastic time, joining Year 6 friends from the six primary schools in the Tyndale Cluster.

On Monday we entered a team in the local tennis tournament held at KLB for Years 3 and 4 boys and girls from local Primary Schools. One child really enjoyed it, though we were up against tough competition from schools such as Cam Everlands and Kingswood. Another remembers that there were eight matches including boy singles,…